Aminoglycoside antibiotics produce hearing loss and peripheral vestibular dysfunction by accumulating inside the endolymph, where they cause the death of cochlear and vestibular hair cells. However, since both inner ears are affected, vertigo is uncommon. Typical clinical manifestations include ataxia and oscillopsia, which is defined as an inability to maintain visual fixation while moving. The damage is irreversible, although the degree of toxicity depends on the dose and duration of treatment with antibiotics. Loop diuretics (furosemide and ethacrynic acid) also cause irreversible vestibular and ototoxicity. Cytotoxic agents associated with vestibular damage include vinblastine and cisplatin. The antiarrhythmic drug quinidine and antimalarial drugs derived from quinine, such as chloroquine and mefloquine, can also cause vestibular symptoms that may be irreversible (Table223-4).

Reversible causes of vestibular damage and ototoxicity include minocycline, erythromycin, and some quinolones. Isolated cases of unsteady gait have been observed with antiviral and antiparasitic agents. Acetyl salicylic acid (ASA) in toxic doses causes tinnitus and hearing loss but is unlikely to cause vertigo. Other nonsteroidal anti-inflammatory drugs such as indomethacin, ibuprofen, and naproxen may cause the same symptoms. The lesion is metabolic rather than destructive and readily resolves with discontinuation of therapy.

Numerous solvents and other chemicals can cause both peripheral as well as central vestibular symptoms. These include propylene glycol, mercury, and hydrocarbons. Drugs that induce a central vestibular syndrome include anticonvulsants, tricyclic antidepressants, neuroleptics, opiates, and alcohol. Phencyclidine is a prominent example of a recreational drug that causes central vestibular symptoms, including nystagmus and ataxia. Drugs causing irreversible cerebellar toxicity include phenytoin and toluene as well as cancer chemotherapeutic agents. In general, most patients adapt to vertigo that is chronic by relying on increased sensory input from unaffected modalities such as proprioception and vision. However, certain drugs that are used as antivertigo therapy may exacerbate preexisting chronic vertigo by delaying or inhibiting such compensation. These drugs include alcohol, benzodiazepines, barbiturates, and neuroleptics. Thus, with chronic vertigo, antivertigo therapy should not be used on a long-term basis. 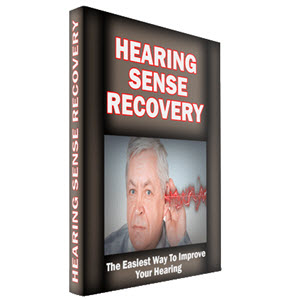